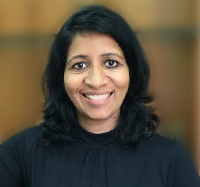 I’m sure that science fiction fans will be eagerly awaiting the upcoming HBO science fiction thriller television series ‘Westworld’, based on the 1973 Michael Crichton’s film of the same name. The latest trailer for the October premier is moving the creepy factor up by several notches.

What used to be largely a matter of research (with a small research community) and small pilots in the 1970’s, is almost turning out to be at the forefront of a serious debate whether machines will eventually replace humans or will it create additional jobs. According to a World Economic Forum study, technologies like machine learning, AI, robotics and autonomous transport could impact more than 5 million jobs and 2 million highly skilled jobs will get created as a result. Almost every industry right from manufacturing, healthcare, logistics to retail and hospitality are starting to use robots. The whole dynamics of low cost manufacturing due to cheap labor has turned on its head with robotics – countries equipped with robotic infrastructure and skilled programmers could be the next destination of choice for manufacturers.

Though the implications of this trend is known, enterprises are yet to fully embrace robotics for competitive advantage. Robot density, measured by the number of robots per 10000 workers, is led by manufacturing intensive countries of Japan, Korea and Germany with an average of 250 to 400 robots per 10000 employees, while China is still a very big market in terms of the sheer potential to use robotics. China recently announced its plans to join the top 10 of the world’s most intensively automated nations by 2020 with a robot density targeted to rise to 150 by that time.

One area that is being significantly transformed with robotics is process workflows especially in shared services. This edition focuses on the topic of “Changing the Shared Service Landscape with Robotic Process Automation”. The cover story details how RPA is shaping the future of shared services.

This edition also carries perspectives on this topic from Steve Halliday who comes with significant years of experience working in public and private sectors including KPMG and Serco. He was earlier President of the Society of IT Leaders (Socitm) and is now an associate director for several companies. As a council Head of Service for ICT, he was honored to be included in the lists of both top 100 UK Digital Leaders and top 100 UK CIOs, across both public and private sectors.

We hope you enjoy reading this edition. Thank you for your continued engagement with Illuminar.

Have a lovely day!